The Dundee Mafia and the Year Chris Went Hybrid 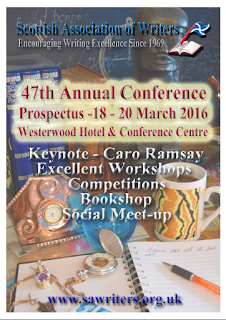 I quote directly from Caro Ramsay’s talk at the Scottish Association of Writers conference where she was Keynote Speaker. After I picked myself up off the floor, where I’d landed when I fell off my chair convulsed with laughter, I wondered what on earth I had done to Caro to deserve such treatment. But it was all in good fun and she drew a brilliant mind picture of a Dundee filled with zombies after ‘Chris went hybrid’. So, if you find any zombies in Dundee, just remember, it’s all my fault.

But to get back to the conference, it was a brilliant weekend, which started on Friday night with a special reception for the adjudicators and speakers to get to know each other. And guess who I met there? None other than the legendary Frances Gay (in his most recent incarnation), from the Sunday Post. He’s been writing as long as I’ve been living, and probably longer. In addition, I chatted to Catherine Czerkawska, Helen Forbes, Linda Strachan, Douglas Skelton, Alex Gray, Alanna Knight, and a host of others.

My first task came after a lovely dinner when all I wanted to do was put my head down and have a nap. But it was the first of the adjudications, and because I’d adjudicated the self-published book competition I had to stand up and talk about it before announcing the winners. My turn came all too soon, and the irrepressible Marc Sherland introduced me, including in his introduction that 2011 was ‘the year that Chris went hybrid’, and that was where Caro got some of the fuel for her keynote talk the next evening.

Saturday was a day off for me, so I could mingle, chat to old friends (in the sense of people I have known for a long time), and make many new ones. The variety of workshops always poses a problem as to which of them would be of most value, but Al Guthrie had a couple of workshops on Self Editing for Novelist, so I popped along to those. Al has a wicked sense of humour, and it made us think twice before sticking our heads over the parapet to voice an opinion, but there was nothing nasty about it, in fact it was the direct opposite. It was all good fun.

We had already had a full breakfast, followed by elevenses with delicious pasties and fruit, and a full lunch, when the time for the gala dinner rolled round. You would think we wouldn’t have been hungry enough to tackle the meal that followed, but it’s surprising the amount you can eat at these conferences, and I’m sure I returned home a couple of stones heavier, and I still haven’t found my waistline! Anyway, the room for the gala dinner was a treat for the eyes. We sat at round tables, with immaculate white tablecloths, there was a Hogwarts style candelabra in the middle of each table, and the blue ceiling lights gave it an atmospheric feel.

Stuffed with food we settled back in our chairs, promising ourselves we wouldn’t nod off during the keynote speech. Well, there was no danger of that. Caro Ramsay is noted for her sense of humour and she had us all in stitches. She poked fun at quite a few of us in the audience (it’s dangerous to be a friend of Caro), but she started off with the Dundee Mafia, and zombies taking over the city, and it all happened the year ‘Chris went hybrid’. Dundee, you have been warned. The zombies are coming!

I meant to go to bed after that because I had a workshop to think about for the next day. But, somehow or other, I found myself in the clubroom for the talent Show & Poetry Penthouse. What a brilliant evening, some great singers, funny poetry, and a hilarious monologue. I stumbled into bed several hours later, but I wouldn’t have missed that evening for the world.

Sunday dawned, and I was quaking in my shoes. I’d agreed to do a workshop on ‘The Nuts and Bolts of Self-Publishing’. Now, if you’ve ever been to a writers’ conference you will know that by the last day your brains can be pretty well scrambled, so I was hoping I wouldn’t make a fool of myself or that I would be stuck for something to say before the hour was up. I needn’t have feared, because once the adrenalin kicked in, I was off and running, and we actually overran by 15 minutes because the audience were so interested. I could have talked for another hour!

With the workshop done and dusted I could now relax, chat and enjoy myself. The weekend was finished off with a Dragons’ Pen event, where writers pitched their book to a panel of judges. And then it was off home, exhausted, bloated, and several inches fatter. I reckon it’s going to have to be toast and tea all this week, or I’ll have to widen the doors.
Chris Longmuir 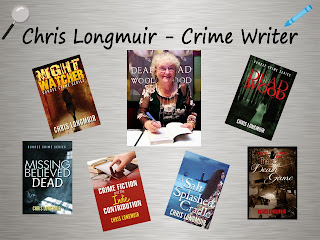 It was a brilliant weekend, Chris - sorry I didn't make it to your talk (was at another) but heard great comments about it!

It was a brilliant weekend, Chris - enjoyed every minute of it. And what an excellent venue, as well. Even the weather was kind to us. Just keep those zombies out of Dundee!

A great weekend, Chris. I really enjoyed your talk on the Nuts and Bolts of Self-Publishing. You make it all sound as if it might be possible for the techy-challenged. I'm looking forward to reading your book.

Thanks for all the lovely comments, and I really enjoyed the weekend, as well as doing the workshop. I had a ball.

Wonderful post, Chris. A really helpful round-up for someone who couldn't be there - hopefully next year! :-)

It would be great to see you there next year, Rae. I've been going to sAW for over 23 years now and it just gets better and better. 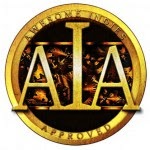